Gramorail began with a vision by the Vancouver Design Nerds to design and build pedal-powered cars that would connect to one another and form a human-powered “party train”; a train that could be paraded along unused rail corridors in Vancouver. Gramorail brings attention to the city’s rich rail heritage and promotes a sustainable mode of transportation. Over the last year the project has taken on an identity of its own and the spectacular vision has been realized with the completion of two railcars! Built by an ever-growing cast of contributors, including members of the Nerds in partnership with eatART, the railcars are a kinetic sculpture that acts both as vehicle and stage. It features a sound system projected through a larger-than-life gramophone, a hand-crafted chess board, and 100 feet of track that can be transported to public events, celebrations and festivals in Vancouver and beyond! Powered by an “engine” of 4 people on the locomotive car, the Gramorail can accommodate 6 to 8 passengers in the luxurious and finely crafted gramophone passenger car. 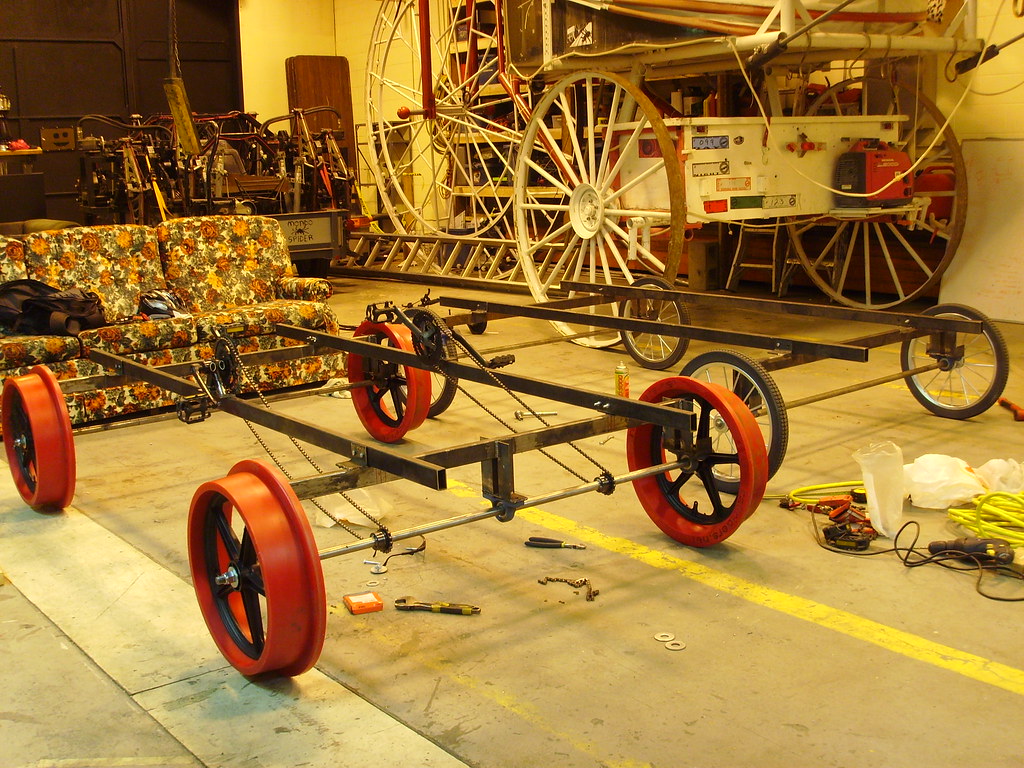